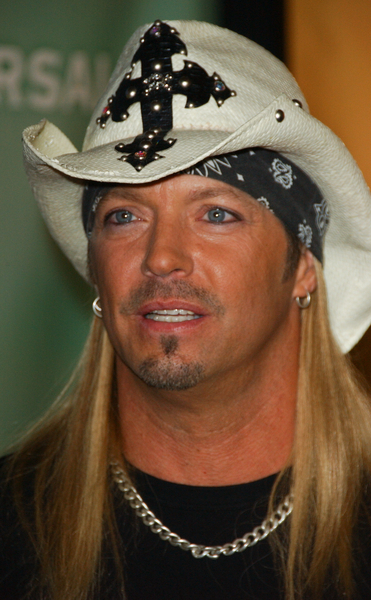 Here’s an update on Bret Michaels: He’s in a Los Angeles hospital undergoing tests, treatment and observation for a brain hemorrhage.

“He was at home and started complaining about a bad headache,” a source tells me. “He said it was like someone hitting him on the head with baseball bats. They called an ambulance and rushed him to the hospital. That’s when they found the blood on his brain.”

Michaels, who suffers from diabetes, was already recovering from an appendectomy. That medical crisis had happened while he was on tour in San Antonio, Texas on April 12th, just two weeks ago. After the operation, he returned to L.A. and the private care of his physician. But he was told it would take at least six weeks to recuperate from that ordeal.

Michaels hasn’t had an easy year physically. Last June 7th, 2009, he was hit by a piece of heavy scenery while performing on stage at Radio City Music Hall for the Tony Awards. http://tinyurl.com/lvwk9b. He broke his nose, and subsequently had a CAT scan. Reports now are that the brain hemorrhage is related to his diabetes. But there will certainly be speculation that it’s  somehow connected to the accident.