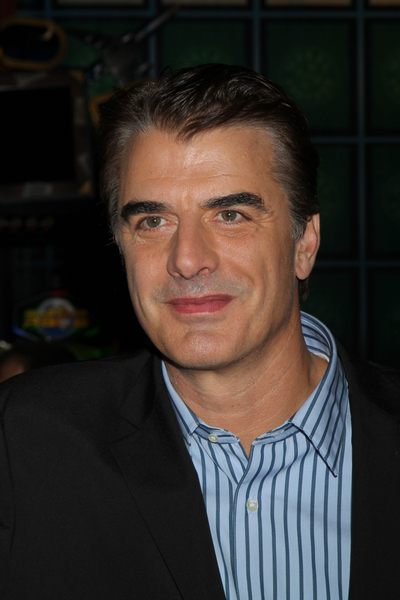 Last night, “Sex and the City” star Chris Noth gave me the secret ending to the new movie, due at the end of May.

“We all die,” Noth cracked wise after stopping by Elaine’s for drinks with pals. He was wearing a gray and white track suit, and showed off pictures of his two year old son.

Actually, Noth did confirm for me that he’s planning to take Broadway by storm sometime this year. My pal in London, Baz Bamigboye, first broke the story in the Daily Mail that Noth would appear in a production of “Born Yesterday” with British actress Hayley Atwell.

Chris says the play will be directed by Broadway vet Doug Hughes. and will happen as soon it’s clear what his schedule is with hit TV series, “The Good Wife.” and other movies. “Born Yesterday” could be on the boards by the fall or in early spring 2011.

Meanwhile, Chris–one of the good guys–commutes back and forth to his native New York from Los Angeles, where he’s been living of late. The Elaine’s regular just missed famed writer and Paul Newman (and Hemingway) biographer A. E. Hotchner, as well as former Police Commissioner to the country (NYC, LA, Boston) Bill Bratton and TV personality/lawyer wife Rikki Kleiman, plus a bevy of Broadway heavyweights including Jimmy and Margo Nederlander. Noth did get to see legendary flack  Bobby Zarem, who’s visiting from Savannah, Georgia this week.

Any “Sex and the City 2” tidbits at all from Chris Noth? What about John Corbett, I asked? “Oh, his part was totally cut,” he replied with a grin. One thing he did concede: “This one is a much better movie than the first one.”