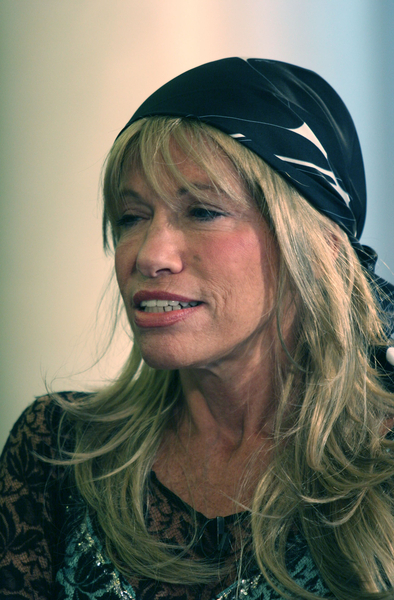 Famed singer songwriter Carly Simon has still not been appeased by Starbucks or its owner, Howard Schultz. Her attorney, David Boies, has filed an amended complaint in Simon’s lawsuit against Starbucks asking for a jury trial.

At issue: Simon was signed to Starbucks’ Hear Music record label in 2007. She released an album of new material, called “This Kind of Love,” in April 2008 five days before Starbucks abruptly pulled the plug on Hear Music without telling Simon.

Hear Music had previously released a few albums by artists like Paul McCartney and Joni Mitchell. They had all been promoted in Starbucks stores and carried there on the shelves.

What’s interesting about this amended complaint is the revelation that Hear Music never had a written deal with Starbucks stores to carry its albums. They shared executives, but nothing else. That may be key in Simon’s case because she says she was enticed to sign with Hear Music because the execs promised her that she’d be highly touted by Starbucks as a result.

In fact, this lure sounds like it was based on an assumption but not by anything else. Starbucks, it’s alleged, was not required to help Hear Music. Only: Simon did not know that when she signed on. And by the time Starbucks abruptly shut down Hear Music, the label’s CDs–including Simon’s new release–were gone from the stores. The whole reason Simon had signed with Hear Music was because of the promise of Starbucks’ marketing power. And suddenly it was no more.

The new complaint also reveals that the Hear Music execs had no prior knowledge that Starbucks was cutting them off. The label’s chief, Ken Lombard, was actually removed from his office by security guards. (Maybe they were afraid he was going to steal a lot of cardboard cup holders as retribution.)

It boggles the mind why Howard Schultz continues to let this case with Simon fester. A jury trial, open to the public, cannot be good for the beleaguered coffee chain. Schultz — a cousin of sax expert Kenny G. — certainly is not doing his artist-friendly New Age like gestalt any favors.