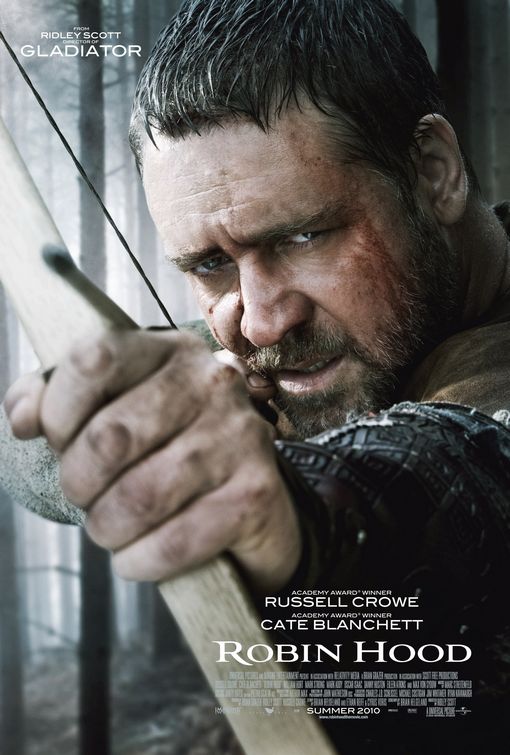 Ridley Scott‘s “Robin Hood” screened in New York last night for the first time. I’m told it was for an audience of junketeers and maybe some “real people” in a focus group.

The verdict? It works. This will be good news for Universal Pictures and Ron Meyer. This movie has cost so much to make that I’m told it might need to make as much as $500 million to earn out. (It cost at least $250 mil.) At that rate, Robin Hood will have to rob the rich (everyone at the box office) to help Universal stay solvent.

Don’t forget: it had many expensive lives before Scott and Crowe went to work on it. All those costs are charged to the film. For example, Brian Helgeland is credited with the screenplay. But Tom Stoppard did a polish on it. And Helgeland was preceded by others.

Another big expense: moving the press junket to Los Angeles and New York from London because of the Iceland volcano.

A decidedly subjective audience member does say that the there was much appropriate laughter during the screening. Russell Crowe and Cate Blanchett have good chemistry, they say, Oscar Isaac, as Prince John, got high marks as a breakout actor. Altogether: “Robin Hood” looks poised for a big opening following its premiere in Cannes on May 12th.