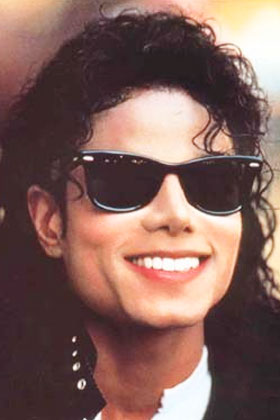 The new Sony deal for Michael Jackson’s new records is actually worth $225 million according to my sources.

That means that Jackson attorneys John Branca (a co-executor) and Joel Katz, with the help of co-executor John McClain, have cut for Michael Jackson’s estate the richest deal ever in recording business history. It far exceeds the deal Sony made with Bruce Springsteen a couple of years ago for $100 million.

The deal is only for records for the next seven years. It already includes the soundtrack to “This Is It.” Come November, the first scheduled release will be a collection of unreleased tracks perhaps including a duet with Paul Anka and one or two songs left off of “Thriller.”

Two more releases will be anniversary editions of “Bad” and “Off the Wall” which will include extra and remixed tracks a la the 25th anniversary edition of “Thriller.” McClain and hopefully Jackson’s longtime manager Frank DiLeo will be involved with those.

There are also enough tracks for at least one or two live albums from various Jackson tours.

The Sony deal does not include anything to do with Michael’s publishing, live shows still to be arranged, or merchandise. A show with Cirque du Soleil, as I’ve written before, will be announced shortly for Las Vegas.

But all of that is separate. What happened: Since his death Jackson has sold 31 million albums worldwide. Sony, which had parted company with Jackson before his death, wants to remain in the Jackson business. With this contract, they will be in business with his estate for at least seven more years.

Insiders say that Jackson’s estate will retain the rights to all the master recordings, too. This is highly unusual. Also: Branca, Katz and McClain also, apparently, renegotiated Jackson’s royalty rate with Sony for this deal. “It’s the highest rate anyone’s ever had,” says a source.

At this rate, the prediction is that Jackson’s huge debt leveraged against his own MiJac Music Publishing will be paid off in a short time. His even bigger debt, secured against his one half interest in the Sony/ATV Music Publishing company–also known as the Beatles catalog–will be refinanced and reduced. When Jackson died, sources point out, he was $500 million in debt.His estate is now solvent, and his children are well taken care for their lives.

It is the sad irony of the Michael Jackson story that for years he suffered financially, and drifted in his career. Since his death. his career and finances have flourished.