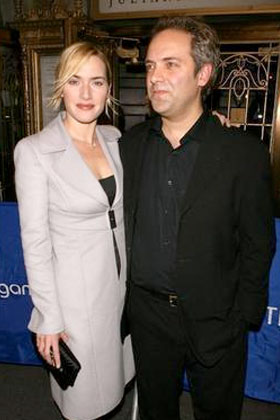 Kate Winslet and Sam Mendes each have Academy Awards, but it wasn’t enough to keep their marriage intact.

They’re ending their marriage, according to their representatives.

I am told, believe it or not, that the split actually came last summer. “Kate was bored with Sam,” says a source who knows the inside scoop. “They drifted apart.”

It didn’t help that Mendes directed Winslet in “Revolutionary Road,” a good movie that failed. Simultaneously, Winslet was starring in “The Reader,” for which she won the Academy Award. The 2008 awards season was grueling because Winslet wanted that best actress prize for Mendes’ movie. It didn’t happen.

The word is that Winslet and her kids are in Mexico on holiday while this storm blows over. When she returns to New York, she’ll be filming a miniseries for HBO based on “Mildred Pierce.” Mendes will have no end of projects in theater and film. And that, as they say, is showbiz.