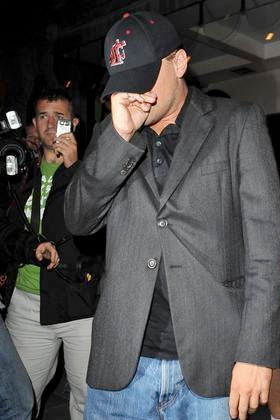 It’s Oscar eve which means parties all night in Hollywood.

While some stars hit The Night Before with $25,000 tickets underwritten by the studios or their talent agencies, most everyone rode the elevators to the Penthouse floor of Luckman Plaza for The Weinstein Company gala at Soho House. The party was underwritten by Mont Blanc and raised money for UNICEF, so there was even a good cause.

But there was also a mile long list of celebs from Leonardo DiCaprio in his trademark baseball cap to Cameron Diaz–one of the actors I really look forward to seeing. She is a doll.

They weren’t alone in the packed rooftop aerie. Ryan Gosling, Jake Gyllenhaal, Jamie Foxx, Jacqueline Bisset and Seymour Cassell–the mix at this party of parties was amazing. Quentin Tarantino spent a long time chatting with comic Chris Tucker, and also with “Precious” star Gabourey Sidibe. It was nice to see Woody Harrelson just taking in the festivities with his wife, while Eli Roth and BJ Novak kept the “Inglourious Basterds” crew laughing.

In fact, Christoph Waltz–who’s won every conceivable award so far for his role in “Basterds”–told me: “If they open the envelope and announce another name, you will hear one person laughing very loudly. That will be me. It will be the perfect ending to everything that’s happened.” That’s what they call European ironic’humor.

Tonight’s Oscar parties are going to have to go a long way to top this group. Harvey Weinstein still has ‘it’ some 14 years after “The English Patient” won Best Picture. Not bad.