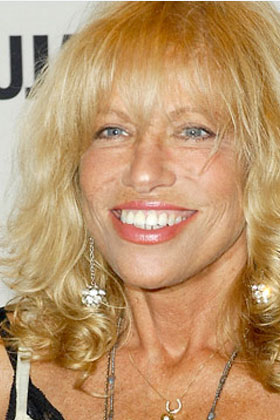 Carly Simon was en route to the UK when the British papers got all the signals wrong about her song “You’re So Vain.”

She emailed me last night: “What a riot! Nothing to do with David Geffen! What a funny mistake! Someone got a clue mistaken for another mistake!”

As I wrote in the previous post about this subject, Carly did not even know David Geffen when she wrote the song in 1971.

She also writes: “How can this guessing game stop without a lie?”

Well, one way would be to tell the real story. But why do that now and spoil all the fun?

Meantime, and more importantly, Carly’s lawsuit against Starbucks aka Hear Music continues apace. I’ll have more on that this week. Hear Music released Simon’s “This Kind of Love” on the same day it went out of business. Among other things, Simon wants the album back so she can re-release it. Yes, she has clouds in her coffee, literally.

Meanwhile, Simon hits Britain tomorrow on a promotional tour for her “Never Been Gone” album. The album contains the new version of “You’re So Vain” embedded with clues. But David Geffen can rest easy. He would never have been caught dead wearing an apricot scarf, anyway!