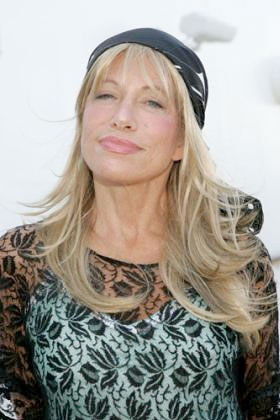 The British papers have gone crazy over a 38-year-old story. And they’ve got it all wrong, of course.

For years, Carly Simon has teased the public that “You’re So Vain,” her signature record, was about Warren Beatty. She always said the character– who flew his Lear Jet to Nova Scotia “to see a total eclipse of the sun” — was a combination of egotistic former dates.

Now, Simon has re-recorded “You’re So Vain” in an “unplugged” style for a new album called “Never Been Gone.” As a nod of the hat to the Beatles, Carly says the word “David” backwards as a red herring. She’s let it slip that it might be a clue about the song’s real-life inspiration.

The British papers decided this must be David Geffen. They stole that idea from a blog by Brandon Kim posted last November here.

Brandon Kim made a mistake, and the Brits followed it. Listen to me carefully: He said that Simon was mad at Geffen because he ran her record company and paid too much attention to labelmate Joni Mitchell.

David Geffen had nothing to do with Carly Simon in 1972. He ran Asylum Records. She was on Elektra. Jac Holzman ran Elektra and was in charge of the album “No Secrets” and the song “You’re So Vain.”

It wasn’t until the next year that Elektra was merged with Asylum. In 1974, Carly released another album, called “Hot Cakes,” on Elektra. Joni Mitchell released “Court and Spark.” Says a friend of Simon: “Carly was upset that Geffen paid more attention to Joni, but that was well after ‘You’re So Vain.’ He is not the man in the song.”

SCOOP: According to someone who worked on the “Never Been Gone” there are two other names spoken backwards and hidden in the new recording. They are clues. One is Warren. The other, I can’t figure out. I haven’t had to play a record backwards since Paul McCartney “died” in 1969. Good luck, everyone. This column remains steadfast that Beatty is the guy. But you never know.