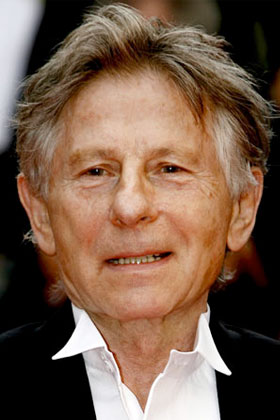 Roman Polanski’s “The Ghost Writer” opened in four theaters this past weekend, sold them all out, and is headed for 10 more this Friday.

Mel Gibson’s “Edge of Darkness” is entering its twilight phase in theaters after making just $40 million domestically. It cost $80 mil (production budget) plus another $20 mil (promotion, etc). “Edge” hasn’t been a huge hit overseas, either, with just $5 million from the U.K., where it started as a miniseries.

Each of these principal figures is embroiled in scandal. Polanski, actually, has had a cloud over him for 30 years. Gibson’s been in hot water for four or five years.

But it does look like the public will be more forgiving to Polanski and separate his three-decade-old legal problem from the director’s exceptional work. And they should: “The Ghost Writer” is a terrific movie that deserves to have a good run. In its opening weekend it did better even than “Crazy Heart” did in December during its four-theater first weekend. And “Crazy Heart” had Jeff Bridges and lots of award publicity.

“Edge,” however, is a loser despite Gibson getting a few decent reviews for his acting. But Gibson proved to be his and Warner Bros.’ own worst enemy. First he took on L.A. entertainment reporter Sam Rubin on the air. Then a video of Gibson calling a Chicago reporter an “asshole” after their interview became a viral hit on YouTube. The latter seemed to cement the idea that Gibson had no remorse for his DUI arrest or anti-Semitic, racist rants in 2006. Instead of acts of contrition, he just came across like an unapologetic boor.

What’s interesting is what happens next for Gibson. He’s made a movie with Jodie Foster that’s unfortunately titled, “The Beaver.” (It has nothing to with the famous TV series of the early ’60s. “June, can you ask the Beaver to come down here?”)

He’s caused a lot of trouble in Mexico, apparently, by asking to relocate hundreds of inmates from a prison so he can film another movie. There’s talk that Leonardo DiCaprio is supposed to make a film with him in a dead language. But when I asked Leo about it at the “Shutter Island” premiere, he drew a blank. “Do you know what language it is?” I asked him, semi-seriously. “I have no idea,” DiCaprio replied in English.

DiCaprio should think twice maybe about getting involved with that project. After “Shutter Island” has been such a hit –’ it’s made in one weekend what “Edge” has delivered totally — he doesn’t need a controversy connected to someone else to taint his resume.