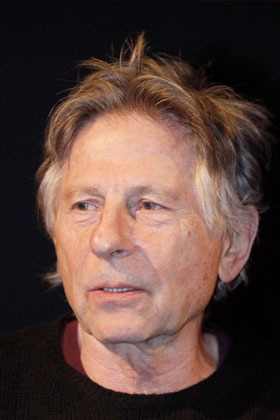 Roman Polanski’s “The Ghost Writer” opens today in New York and Los Angeles, a little suddenly, it feels, after its debut at the Berlin Film Festival.

Like Martin Scorsese’s “Shutter Island,” which also opens today, Polanski’s film is very much in the style of Alfred Hitchcock. It’s a highly stylized thriller with some great performances and riveting business even when the plot feels a tad predictable.

What’s most interesting, though, is the main setup of “The Ghost Writer.” Polanski made it a year before his arrest and incarceration in Switzerland, followed by his house arrest. It’s worth pointing out, because for the first hour of “The Ghost Writer,” the characters are essentially trapped in a beautiful home on Martha’s Vineyard.

The main characters are a Tony Blair-like former British Prime Minister, played by Pierce Brosnan; his long suffering wife, played by Olivia Williams; and his staff, including Kim Cattrall as his devoted assistant and possible lover. Then there’s Ewan McGregor, who’s come to the island house — one of those ultra modern billionaire’s estates that looks more like an office or a bunker — to ghost write the PM’s memoirs.

Thanks to a fast-breaking scandal, no one can really leave the house. They are under a kind of house arrest. It’s almost as if Polanski anticipated his own situation. You might say the only difference is that Brosnan’s character gets to chopper out to Washington to meet and greet politicians. But it looks like Polanski did the same thing. Even though he was restricted to his countries of citizenship — France and Poland — he still managed to shoot a movie in Berlin.

His legal situation aside, Polanski is still a superior director and gifted artist. For someone who hasn’t been to the U.S. since 1978, and certainly not Martha’s Vineyard, he’s created a decidedly accurate picture of a politician taking refuge in a wealthy beach community. Someone, if not Polanski, did their homework. Besides that, “The Ghost Writer”– as it becomes a thriller — picks up elements of Tony Blair, the CIA and Halliburton. The sense of paranoia runs high, just as it did in “Chinatown”and “Rosemary’s Baby.” And the casting is impeccable, from MacGregor and Brosnan to a sizzling cameo from the always excellent Tom Wilkinson.

And lo and behold, there’s an appearance by legendary actor Eli Wallach, who turned 94 in December. He’s wonderful.

Last night’s screening wasn’t so much a premiere as it was a mini something or other. Among the bold faced names who took up seats in the orange chairs at the Crosby Street Hotel theater were U2’s The Edge, director Julian Schnabel, models turned entrepreneurs Carol Alt and Irina Pantaeva, and of course, Ewan McGregor and Pierce Brosnan (with wife Keely Shaye Smith). It was nice,too, to see CNN’s Alina Chow, Fox5 stalwart Rosanna Scotto, as well as producer Linda Yellen who came with Denis Ferrara of the Liz Smith column (www.wowowow.com) and Scott Gorenstein, who reps Liza Minnelli. That was an eclectic frowd!

If only there had been dinner after the two hours-plus movie! The hungry–Edge and wife Morleigh, as well as Alt and Pantaeva–were all spotted having late night snacks across the street at Balthazar later on.