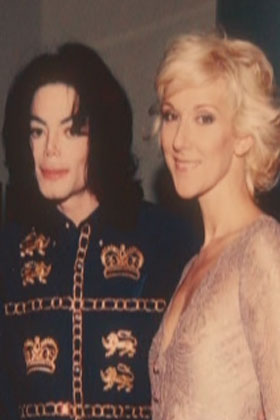 Tonight everyone will get to hear the new edition of “We Are the World,” 25 years after Michael Jackson, Lionel Richie, and Quincy Jones made history.

It’s an ironic moment for Michael Jackson, whose alleged murderer was arraigned this week. It’s ironic especially since it features Celine Dion.

Dion was one of the singers whom Jackson enlisted in October 2001 for his “What More Can I Give” single. With a panoply of stars, Jackson tried to re-create the “We Are The World” vibe for the people who’d been affected by Sept. 11.

It didn’t work. Sony’s Tommy Mottola didn’t want Michael’s charitable efforts interfering with the release then of his first album since the mid ’90s, “Invincible.” He wouldn’t let Jackson release it on Sony and stopped “What More Can I Give” from coming out elsewhere.

The tug-of-war went on forever. After Hurricane Rita (which followed Katrina) in 2005, Jackson again tried to release “What More Can I Give.” Again, he had no luck.

Part of Jackson’s problem in the years following “We Are the World” was that he really thought he could save the world. The “we” turned to “I.” He stopped understanding that it does “take a village.” His megalomania stemmed from his isolation, his drug abuse, his paranoia and belief in his self-importance.

One aspect of this was his increased denial over the years that Quincy Jones had collaborated with him on all those projects. Michael — who was known for being petty and disloyal — couldn’t bear to face the truth. Thus, “What More Can I Give” sounds just like a 1985 song from “Bad” called “I Just Can’t Stop Loving You.” And “Invincible” is a throwaway album. On one song called “Cry,” written for him by R. Kelly, Jackson complains he can’t change the world all by himself. Yikes.

Jackson’s charitable giving wasn’t much better after the “We Are the World”/USA for Africa era died down. His Heal the World organization ran aground. He got involved with questionable people. He often made promises on a global scale and didn’t keep them. He wanted naively to re-create the success of “We Are the World” on his own, not realizing it wasn’t possible.

So the release tonight of “We Are the World 25 for Haiti” is bittersweet. So, too, will Michael’s video clip in it from 1985, before his life went haywire. But it probably reflects his truest intentions before even they became perverted and distorted. It’s really the great legacy he leaves behind.

P.S.: Listen tonight to the lyrics of the song. Quincy told me recently that when he first heard it, there was a line “There’s a choice we’re making/We’re taking our own lives.” Q, ever the master, changed it to “We’re saving our own lives.”