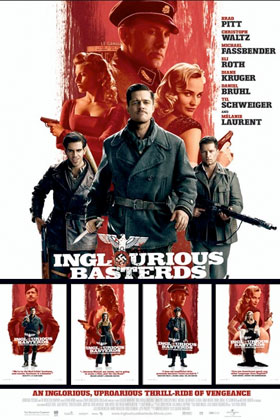 The combined ages of the Hollywood elite who celebrated Quentin Tarantino’s “Inglourious Basterds” for lunch on Wednesday was about a thousand.

Everyone got a good chuckle when Norman Lloyd stood up suddenly and said, “Quentin, I’m available!”

Cloris Leachman, 83, who was supposed to be in the flm but wasn’t, got a big laugh when she answered, “I was available!”