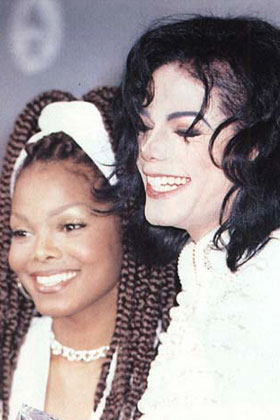 Less than 48 hours before “We Are the World 25″ premieres on the Olympics, I can tell you that the finished version has a duet of sorts with Michael Jackson and Janet Jackson.

It comes at the midpoint of the Quincy Jones produced record. Just like in the original version from 1985, Michael sings the bridge, with Janet joining in. The vocal and the video of Michael are taken from the original version of the record. On the new video, Michael’s image pops up from the old video, followed by Janet’s from the new one.

“It’s very emotional,” says an insider. The finished version was played today in its entirety just for the production staff.

More importantly, the new website for the single has gone live at World25.org. And the group has already made a deal with YouTube for a channel so that donors can see their money at work in Haiti. Director Paul Haggis’ crew will be posting clips constantly of World25 putting the money to good use.