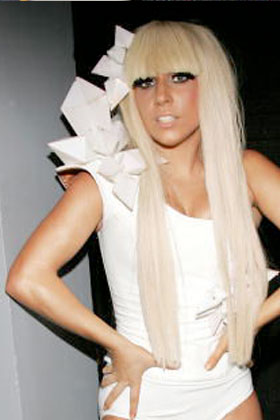 There’s a lot of controversy going on about pop spectacle Lady Gaga, aka Stephanie Germanotta.

I told you last week that she declined the opportunity to be part of “We Are the World 25.” She turned them down flat.

By coincidence, Gaga’s producer, Red One (yes, that’s his name), aka Nadir Khayat, worked with Quincy Jones on the new “We Are the World.” Because of that there was talk of Gaga joining in, but it didn’t happen. At a meeting with about 20 people, apparently, Red One said he might be able to get Ga Ga. In the end, he couldn’t.

At no time did executive producer Randy Phillips ever promise Ga Ga to anyone. But all the people he did say were coming, came. And a few more, like Fergie, taped their parts later. Phillips and Quincy Jones put together 80 artists in about four days. It was an amazing achievement, frankly. I still haven’t gotten over seeing Barbra Streisand, Celine Dion, Tony Bennett, Gladys Knight, India Arie, and so on all in one room. Yowza.