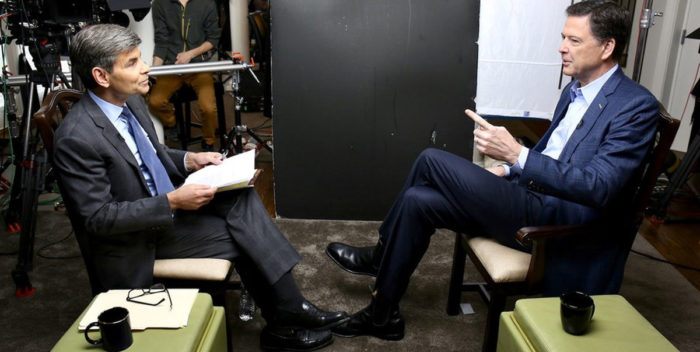 But the 9.7 mil viewers was less than 60 Minutes and the Country Music awards last night. CBS easily took the night.

At 10pm on CBS 11.5 million people watched the final hour of the Country Music Awards. Only 9.7 million watched Comey.