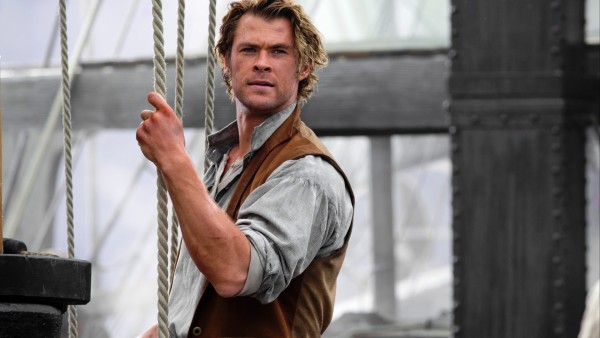 I do not say this happily: Warner Bros. has had a very bad year. Last night Ron Howard’s “In the Heart of the Sea” made $3.5 million in its opening. They’re looking at a $10 million weekend for a $150 million-plus movie about the men who fought “Moby Dick.” And that’s just the end of a sad story in 2015.

Otherwise, really nothing worked. From “The Man from UNCLE” to Sandra Bullock in “Our Brand is Crisis” to a Zac Efron comedy called “We Are Your Friends” that made $3.6 million, it was all dross.

Some films did better internationally, like the Wachowskis’ incomprehensible “Jupiter Ascending,” Hugh Jackman in “Pan,” or Will Smith in “Focus.” Lack of understanding English- but the need to see movie stars or special effects– helped in those situations. Johnny Depp in “Black Mass” was the big hope, but it fell short.

All these things are cyclical. Warner Bros. has had great years, and they will again. Ron Howard has two Oscars– for “Apollo 13” and “A Beautiful Mind,” not to mention great hits in “Cocoon,” “Frost/Nixon,” “The Da Vinci Code,” “Splash,” and so on. Rent his racing movie, “Rush.” It’s wonderful.

“In the Heart of the Sea,” has a solid cast but lacks a big movie star. A similar movie, “A Perfect Storm,” starred George Clooney, for example. Chris Hemsworth and Tom Holland weren’t enough, especially without any women.

And so we move on. All eyes now are on “Batman v. Superman” coming March 25th 2016. It can’t come fast enough. And next November, the J.K. Rowling movie “Fantastic Beasts and Where to Find Them.” Fast forward!