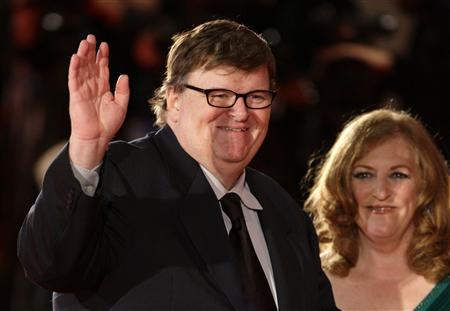 UPDATE– Paul Sperry responds: “Unger and Moore have their own agendas. mine aligns with the FBI WFO case agents and FCPD* detectives who say they’ll never forgive the Bush admin for throttling their investigation of leads back to Saudi Embassy and Bandar himself in McLean. they view the former POTUS as a traitor.”

Moore must get a lot of satisfaction out of this. It’s only taken a decade for a conservative pundit writing in a conservative newspaper to endorse his movie.

Indeed, Paul Sperry’s editorial is a direct echo of a 2003 Vanity Fair story by Craig Unger, author of the book that was the underlying information for the Oscar winning movie. That book was called “House of Bush, House of Saud” and it still available for Kindle. The Vanity Fair article was called Saving the Saudis, publishing ten years ago. Here’s the link: http://www.vanityfair.com/politics/features/2003/10/saving-the-saudis-200310

Today’s piece by Sperry is shocking first because he is a conservative. But second, Sperry’s piece questions why huge portions of a Congressional report about 9/11 remain redacted– blacked out–in his piece called “Inside the Saudi Cover Up.” http://nypost.com/2013/12/15/inside-the-saudi-911-coverup/

The story could just as easily have been called “Inside the Bush Cover Up.” It’s amazing that NY Post editor Col Allan ran it, and that Rupert Murdoch would have approved it. The Post has always mocked Michael Moore, and certainly backed George W. Bush endlessly.

For conservatives, Sperry suddenly endorsing Moore and Unger and “Fahrenheit 911” has to be a slap in the face.

“President Bush inexplicably censored 28 full pages of the 800-page report. Text isn’t just blacked-out here and there in this critical-yet-missing middle section. The pages are completely blank, except for dotted lines where an estimated 7,200 words once stood (this story by comparison is about 1,000 words).

A pair of lawmakers who recently read the redacted portion say they are “absolutely shocked” at the level of foreign state involvement in the attacks.”

“Just days after Bush met with the Saudi ambassador in the White House, the FBI evacuated from the United States dozens of Saudi officials, as well as Osama bin Laden family members. Bandar made the request for escorts directly to FBI headquarters on Sept. 13, 2001 — just hours after he met with the president. The two old family friends shared cigars on the Truman Balcony while discussing the attacks.”

Even stranger, the NY Post via Sperry is now featuring Sen. Bob Graham, Democrat of Florida. Sperry writes: “Democrat Bob Graham, the former Florida senator who chaired the Joint Inquiry, has asked the FBI for the Sarasota case files, but can’t get a single, even heavily redacted, page released. He says it’s a “coverup.”