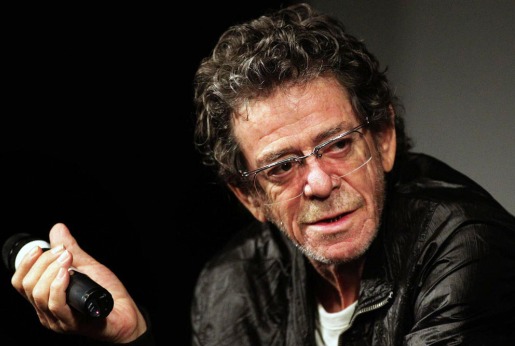 Martin Lewis has sent this video of Lou Reed, from 1986 at Giants Stadium “Conspiracy of Hope” concert for Amnesty International. Martin says that he was introduced to Lou, the only person the the rocker wanted to meet was New York Daily News columnist Jimmy Breslin. “Everyone else wanted to cozy up to the movie stars. Lou was only interested in meeting Jimmy!”

Also: Ann Burroughs, chair of the Board of Directors, Amnesty International USA, made the following comments today about the death of artist Lou Reed:

“With the sad passing of Lou Reed, the human rights movement has lost a powerful voice for humanity and a strong ally in the defense of freedom and justice. Just as he inspired generations of rock fans with his indelible songs, he was also a passionate proponent for our cause. At his core, he bridled against repression in all its forms and he inspired others to speak up to protect human rights. One of his many admirers was the late Czech President and human rights activist Vaclav Havel, who famously smuggled a Velvet Underground album out of New York in the late 1960s.  The two men later became friends.   In 1986, Lou Reed joined with other leading musicians for the first of Amnesty International’s “Human Rights Concerts” series – performing at all six concerts on the “A Conspiracy Of Hope” U.S. tour. Recently, he very generously supported the release of his historic performances as part of Amnesty’s DVD box-set of those concerts.  We send our deep condolences to his loved ones.  He will be greatly missed by the human rights movement that he so strongly and eloquently supported.”