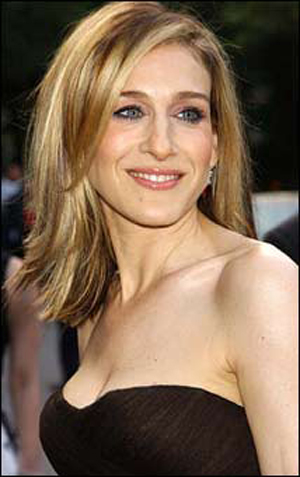 SJP starts shooting “I Don’t Know How She Does It” in mid January, with Douglas McGrath directing. McGrath is the congenial man behind the “other” Truman Capote movie, called “Infamous” (well worth renting), “Nicholas Nickelby,” and “Emma” with Gwyneth Paltrow.

Now I’m told that Pierce Brosnan has signed on to the Weinstein Company feature as SJP’s love interest. Also being made an offer this week–and likely to accept–Kelsey Grammer. Kelsey is wrapping up a long run on Broadway in “La Cage Aux Folles,” and ready for a new challenge. I’m told that TWC’s Donna Gigliotti ran into him in the last few days and literally told him he was coming to work. She wants him!

For Parker, this film will set the tone for her post- “Sex and the City” career. Her past tries–“Family Stone,” “Failure to Launch”– fell a little short, But there’s no reason why she’s not a movie star of smart romantic comedies.