How many stars does it take to be number 1 at Netflix?

The TV platform has released its top 10 films of all time. “Don’t Look Up” with several Oscar winners finished not in first place or second but third among all Netflix films viewed in their fist 28 days.

The number 1 movie? “Red Notice” with The Rock, Gal Gadot and Ryan Reynolds.

And number 3? Adam McKay’s “Don’t Look Up.” It’s good, but not great considering how much money went into it. And curiously, some other powerhouse Netflix films aren’t on the list at all. Happily, “The Irishman” holds its own as others have come and gone.

So let that be a lesson. As I reported a while ago, “Don’t Look Up” was wildly expensive to make. Salaries just for Leonardo DiCaprio and Jennifer Lawrence totaled $55 million. Meryl Streep, Cate Blanchett, Jonah Hill, and Tyler Perry didn’t come cheap. So the top line actors probably cost $100 million. And that doesn’t count everyone else including McKay and the production.

Bullock, by the way, has TWO movies in the top 10. The other one is her current one, “The Unforgivable.” You have to love this woman! Bravo to her. She’s a much bigger star than some others in her age range who thought they were number 1. 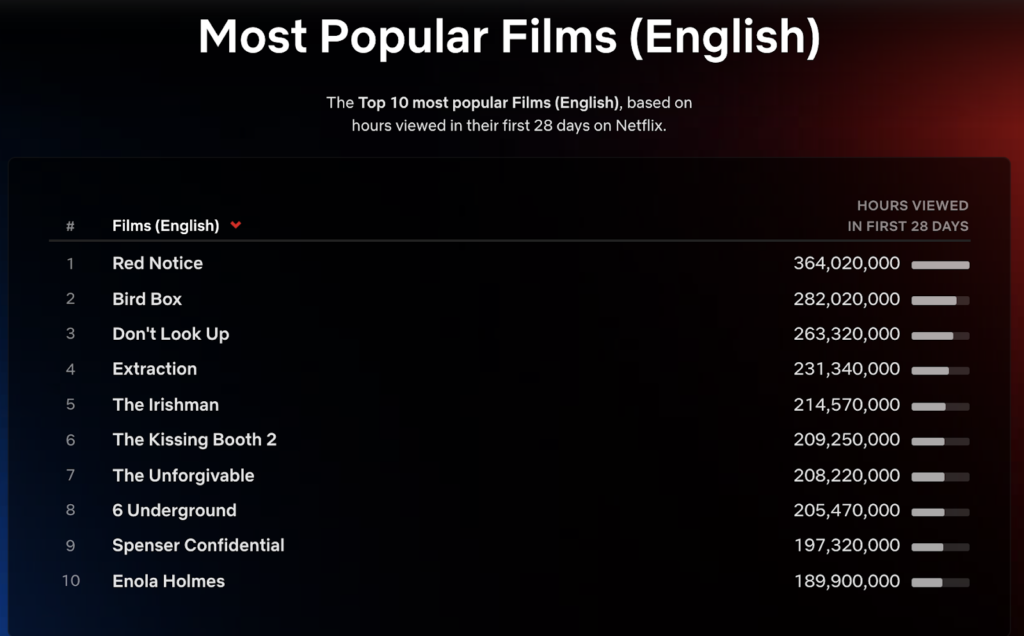