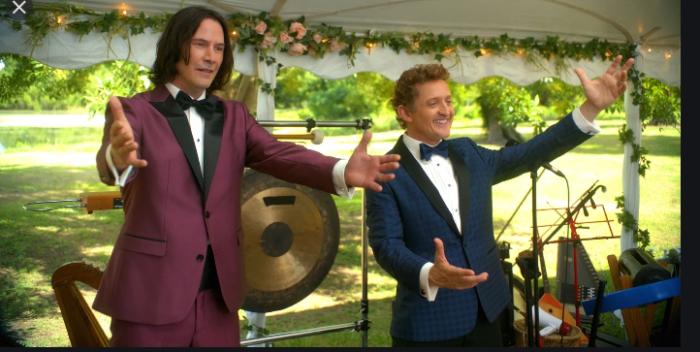 It’s hard to believe, but the last “Bill & Ted” movie was in 1991. You weren’t even born. Now, almost 30 years later, there’s a third part to the first two installments, making a trilogy that no one knew we needed.

So Orion Pictures, which I thought was out of business 20 years ago, and used to release Woody Allen movies in the 1980s, has sent fans a gift: three coloring book pages. And the news is so slow that I’m putting them right here. Copy them, color them in, and tweet to @BillandTed3.

“Bill & Ted Face the Music” may be released in August, directed by Dean Parisot (Galaxy Quest), from a screenplay by Chris Matheson and Ed Solomon (Bill & Ted’s Excellent Adventure, Bill & Ted’s Bogus Journey) – and produced by Scott Kroopf, Alex Lebovici, and Steve Ponce. (I’m pretty sure Ed Solomon is the guy Paulina Porizkova “abandoned” Ric Ocasek for.) There’s a plot to the film, about going to the future, but let’s not worry about that now.

Here are the drawings: 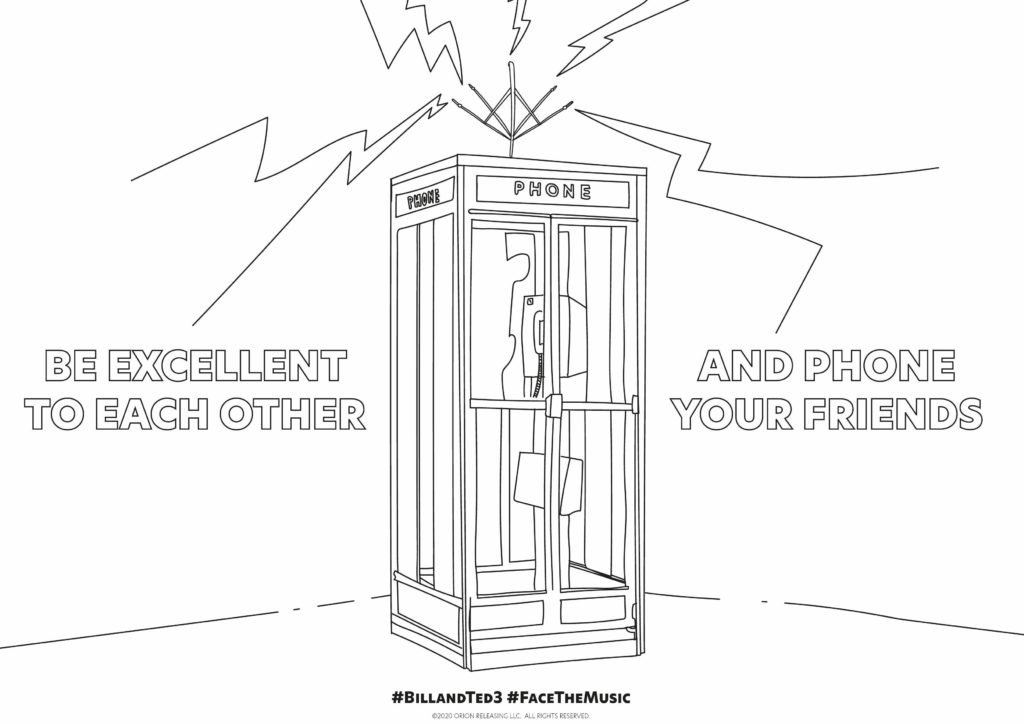 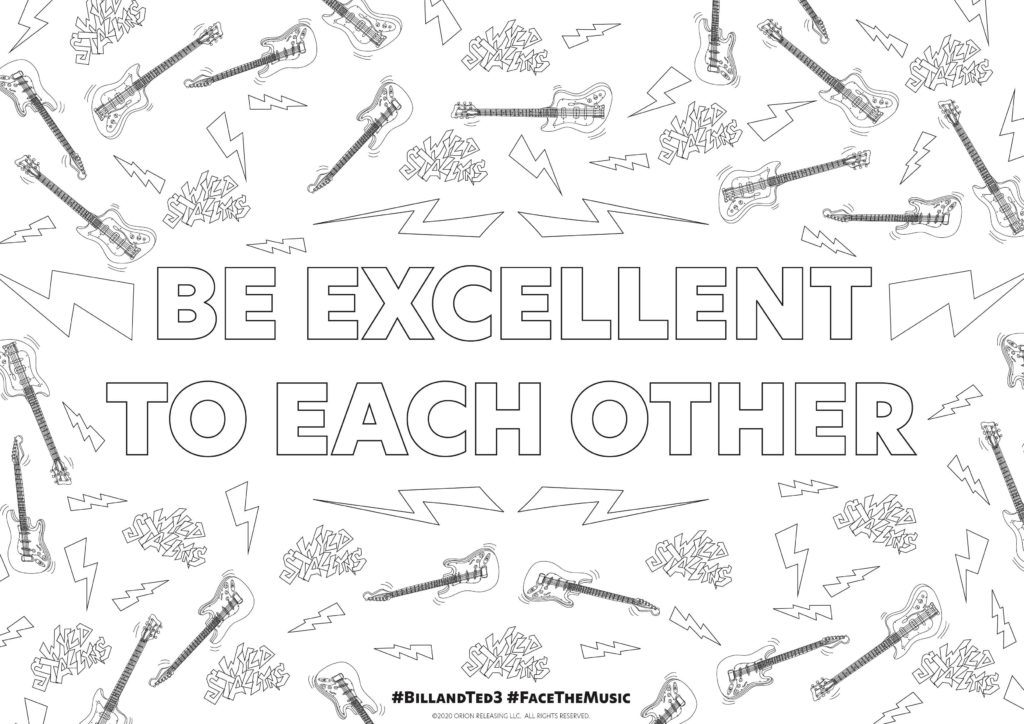 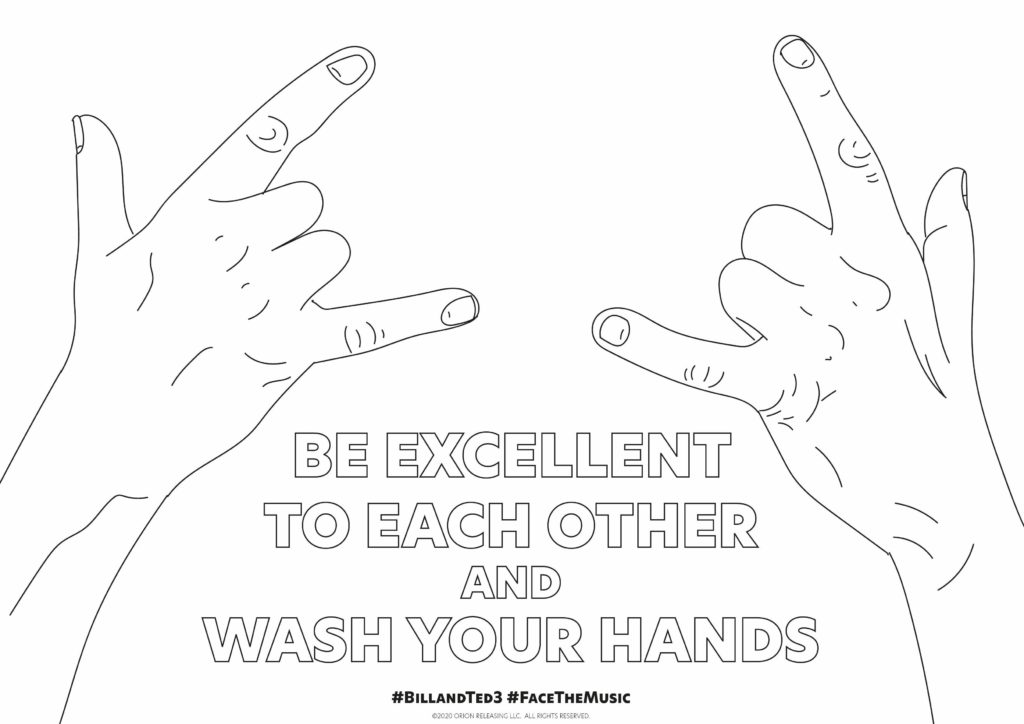