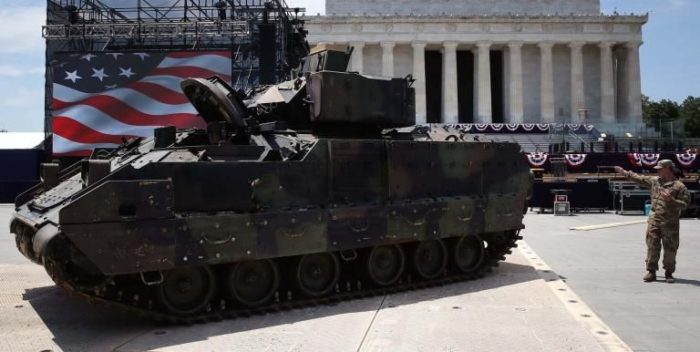 Who exactly is Donald Trump’s Fourth of July military parade for?

It won’t be seen on the major networks. CBS, NBC, and ABC have opted out of showing it. MSNBC won’t cut to it. CNN will probably have it on in the background. Fox News? You can watch it there.

Currently, at 1:44pm, there are only 222 people watching the Facebook feed of the afternoon activities.