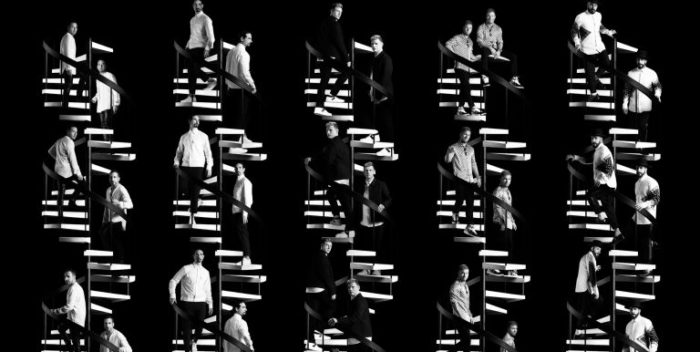 Believe it or not, the original boy band from the 1990s, Backstreet Boys, are back. Did you miss ’em?

Their “DNA” album is going to finish at number 1 tomorrow for the week. It may well sell over 200,000 copies. This isn’t because anyone bought it voluntarily. It comes as part of a bundle with tickets for their concert tour which begins in Las Vegas next week, goes to Europe, then comes back for summer in the US.

The tour is not aimed at cutting edge audiences. The closest it gets to New York is the Prudential Center in Newark.

The new album, “DNA,” sounds like the work of a lifeless, automated barbershop quartet. It’s more pedestrian than the people who roam Times Square. None of the songs are memorable. They are all written by committees. The Boys seem to have no publishing or producing credits, so their touring is where they will make money. I’m surprised they didn’t insist on a cut of each song. There’s one song actually called “Don’t Go Breaking My Heart” and it’s not Elton John’s. Not good.

But someone bought concert tickets, so let’s not quibble. At least 200,000 people, in fact, and they all got CDs in the deal counted by the RIAA. Is it fair to let “DNA” chart? Next week, it will drop 80% or more and leave the charts as fast as it came. That’s the way it works.