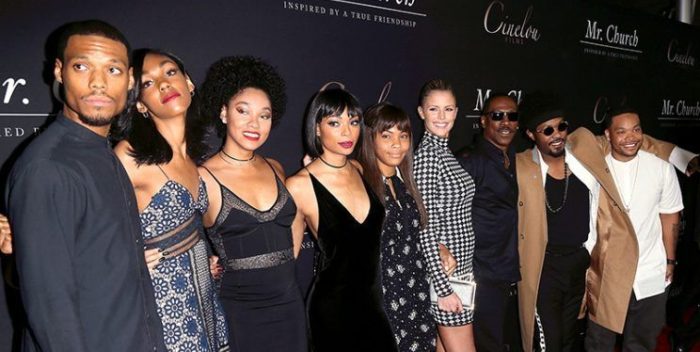 Eddie Murphy– who hasn’t been in a hit movie for some time– is trying to outdo Mel Gibson, also no longer a box office draw.

They’re busy creating their own fans– many descendants. At this rate their future probate battles are keep lawyers humming all over Beverly Hills.

Eddie is now expecting his 10th child with Australian actress Paige Butcher. She’s also the mother of number 9. You can’t call him Do- little, that’s for sure!

Nicole may have been the only legal wife in this group.

Eddie has no children with Johnny Gill, the singer who used to live in his basement (and may still do, Eddie may not even know).

If anyone knows the ages and names of possible grandchildren– there must be some– please email me at showbiz411@gmail.com

Mel Gibson has 9 children, countless grandchildren, and his father, Hutton, the famed anti-Semite and foe of the Pope, just turned 100 on August 26th.

In Hollywood, 9 is a magic number. Stevie Wonder also has 9 children. Clint Eastwood has between 7 and 9 kids.

Again, if I were a law student with an eye on Hollywood, I’d specialize in probate.