Bill Shine is out at Fox News. In his place: a woman. Suzanne Scott moves up at the conservative network as Shine is forced to leave in the wake of the sex harassment scandals that took out Bill O’Reilly and Roger Ailes as villains, and Gretchen Carlson and Megyn Kelly, among others, as surviving victims.

Is there more to come? New York Magazine’s Gabriel Sherman suggests that in house counsel Dianne Brandi is next. She carried out Shine’s and Ailes’s orders. And what about John Moody, forever the Inside Man. When I was at Fox News, Ailes’s bad news was delivered via Moody.

Shine was forever head of talent at Fox News. He hired and fired and assigned. Without him, as Sean Hannity warned in that ominous Tweet last week to Sherman, what is the future of Fox News? He knows where every body is buried. And believe me, it’s worse –figuratively– than Romania after Ceausescu at 1211 Sixth Avenue.

Meantime, Rupert Murdoch’s memo about Shine’s exit is a classic Kremlin adios. Here’s your hat, what’s your hurry? I wish I could be there to see the Murdoch boys withholding Rupert’s liver pills. 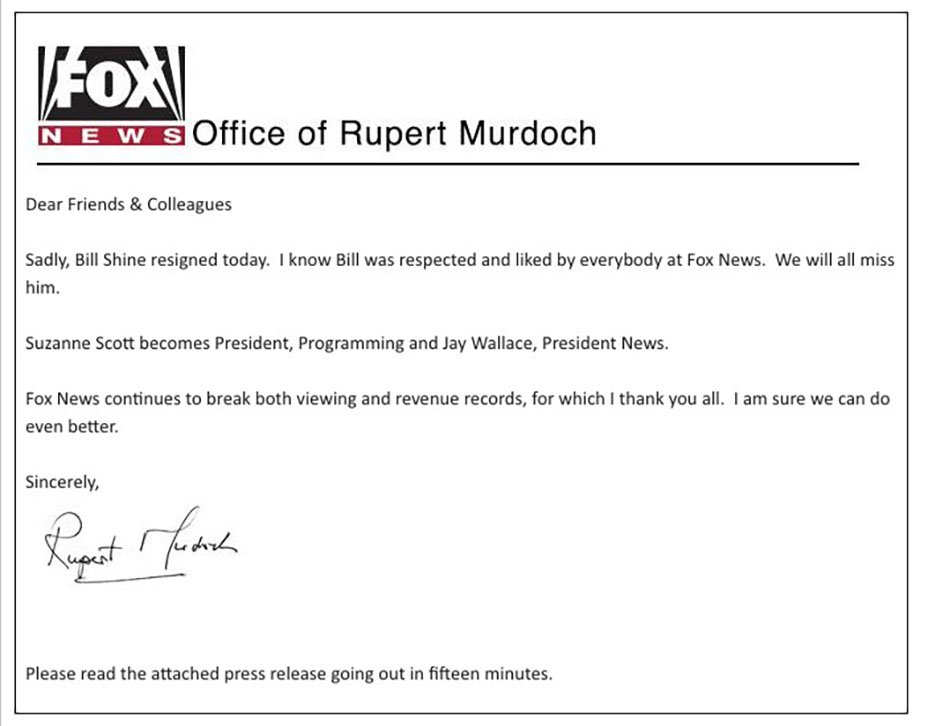