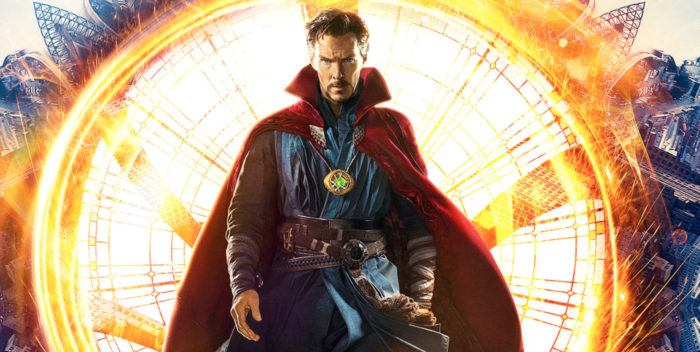 The box office is in for a depth charge this weekend. “Doctor Strange” picked up $9.4 million on Thursday night and is headed to an $80 mil plus weekend.

Benedict Cumberbatch is about to become YUGE, as Donald Trump might say. “Doctor Strange” looks like it will be the biggest opening for Marvel introducing a new character to movies, maybe ever.

And the reviews bear it out. “Doctor Strange” is up around 90% on Rotten Tomatoes. Internationally, “Doctor Strange” already has $130 million in the bank. That huge $165 million budget will be met. Sighs of relief everywhere.

That’s doesn’t spell good news for Mel Gibson’s “Hacksaw Ridge.” Marvel is going to pulverize the violent, bloody, war film that wound up getting a middling review in the New York Times.

On the precipice this weekend is Tom Cruise in “Jack Reacher: Never Go Back.” Apparently no one’s going back, and the movie has only made $43 million in the US. Half of that goes to Cruise, and other half goes to theaters. So hmmm…that’s a problem.