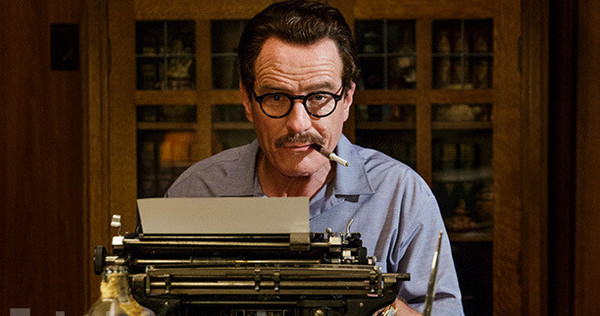 Smoking. It kills you. It causes lung cancer and other cancers. Ads for cigarettes are considered verboten in 2015.

In the movies, smoking always made people look sexy and cool. Until it didn’t, and then it mostly disappeared.

Alas, if the Toronto Film Festival is any indication, smoking is back big time. After the last couple of days in theaters, I’ve started to smell like a virtual ashtray.

Naomi Watts smokes up a storm in “About Ray,” but she’s under a lot of stress. In Jay Roach’s excellent “Trumbo,” set in the 1950s, there’s a cloud of smoke hovering over the Black List. Dalton Trumbo is almost never seen without a cig. Of course Keith Richards smokes in his totally enjoyable documentary, “Under the Influence.” And I do mean cigarettes.

There’s plenty of smoke in the Hank Williams bio, “I Saw the Light.” That’s also set in the 1950s, so they have an excuse. Alicia Vikander plays a painter who smokes through one of those long, glamorous cigarette holders in “The Danish Girl.” I’m pretty sure cigarettes are what keep most of the people going in “Our Brand Is Crisis.”

Ironically, smoking is the only vice Lance Armstrong doesn’t seem to have in “The Program.” Performance enhancing drugs? Why, yes! But smoking, you know, is bad for you.