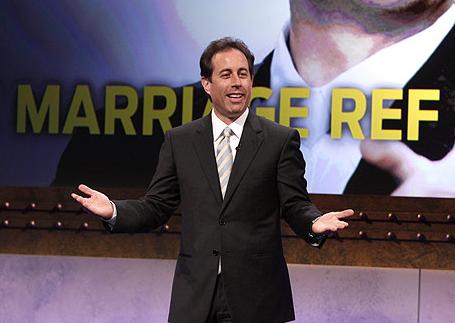 Jerry Seinfeld’s first new episode of “Comedians in Cars Getting Coffee” brings him a reunion with Julia Louis Dreyfus, his “Elaine” from “Seinfeld.” They’re in an Aston Martin. As Jerry says in the voice over, “this is the one!” As George once said on “Seinfeld”: “I knew you two would get together.” As Julia says now: “We had fun on that show.”
Here they are:

Julia Louis-Dreyfus: I’ll Go If I Don’t Have To Talk

From Crackle: Julia Louis-Dreyfus: I’ll Go If I Don’t Have To Talk