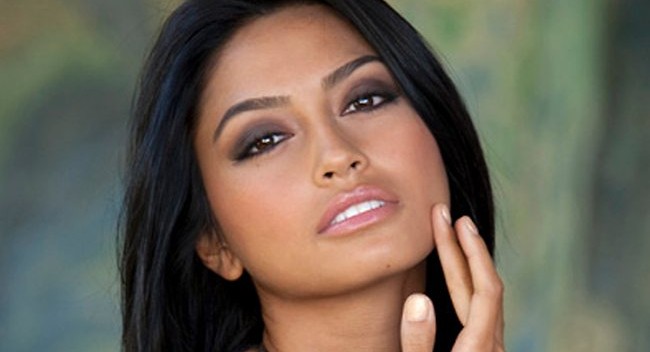 What a small world: Ambra Battilana, the 22 year old Italian model who told police she was groped by Harvey Weinstein, is already famous in Italy. But not for modeling. Battilana was part of a huge sex scandal in Italy just three years ago involving then prime minister Silvio Berlusconi. Ambra Battilana has a penchant for being in the right place at the right time.

Battilana, according to the NY Post, says she met Weinstein last Thursday at the Radio City Spring Spectacular, and that they set a meeting for the next day downtown at the movie mogul’s office.

But it’s not like Weinstein was roaming around the theater looking for girls. I should know. He was sitting two rows behind me on the aisle, just to the left of a group of press people. Weinstein came into the theater with his assistant, as well and we greeted them before we sat down. He was with his wife, Georgina Chapman, and their four year old daughter the entire time. having a family night. If that’s where Battilana found him, it was she who sought him out.

There’s often a tendency to pile on to the accuser in these cases. But with Battilana, you gotta smell a rat. She’s not some poor unsuspecting girl fresh off the boat from Italy. Google her name and you can spend hours reading about her adventures in Italy. She’s not shy. Her sexy and provocative pictures speak about 100,000 words.

What’s next? Well, thanks to Ambra and Chiara, Berlusconi was convicted of having sex with one of the underage girls. However: an appeals court overturned that decision after reviewing the case. Of course, Ambra and Chiara sued for damages in the amount of $1 million, claiming their careers– such as they were–  had been hurt by the association with the case. You can bet Battilana is already planning a civil suit against Weinstein right now.