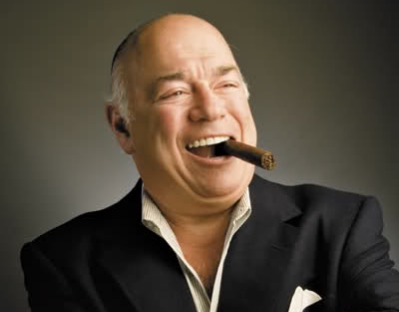 Frank DiLeo died a year ago today, August 24th. But really, he died on March 21st, after open heart surgery at Cedars Sinai Hospital left him in a permanent coma. He never woke up. What should have been relatively common surgery turned into a nightmare. Some time during the night after the surgery, Frank had another attack or a stroke. He lost too much oxygen, unattended, and had no way of fighting back.

Frank was a famously colorful figure in the record business. His success with Michael Jackson on “Thriller” and then “Bad” probably inflated him beyond anything normal. I didn’t know him then, I met him later. Nevertheless, he was the architect of those triumphs, and Michael knew it. Over the years as a long line of swindlers and con men worked their way through Neverland, it was always Frank to whom Michael turned. In the winter of 2008, Michael was already calling Frank after many debacles. By the spring, when the London concerts were announced, it was Frank who Michael wanted by his side. If they’d gone to England, Frank was going to be right there.

Sony is about to release the 25th anniversary edition of “Bad,” complete with a Spike Lee documentary. Frank was working on that project when he got sick in February 2011. He knew more about “Bad” then almost anyone except for Bruce Swedien. He used to talk about the outtakes from “Bad” all the time. One song you’ll hear in the boxed set, “Don’t Be Messin’ Around,” was his favorite. I’m just sorry he doesn’t get to see all the hoopla and receive the accolades. And I’m told there are still unresolved issues between him and Sony regarding money. (Isn’t that always the case in the record business?) As much as Michael was a genius, Frank was the one who knew how to execute the singer-performer’s dreams.

It’s a terrible thing to lose a friend; I’ve thought about Frank every day since he left us last year. He had already lost his own friend, Michael. He was with him in the hospital room when Michael was pronounced dead. It broke his heart. Even through their times apart, Michael was the highlight of Frank’s professional life. Once Michael died, Frank was a little lost, I think. Like Michael, he always expected to reclaim their glory days. I know they’re together right now in heaven–Frank chomping on a cigar and getting ready to celebrate Michael’s birthday on the 29th. And they’re free of the burden of re-creating the most successful star-manager combo since Colonel Parker and Elvis.