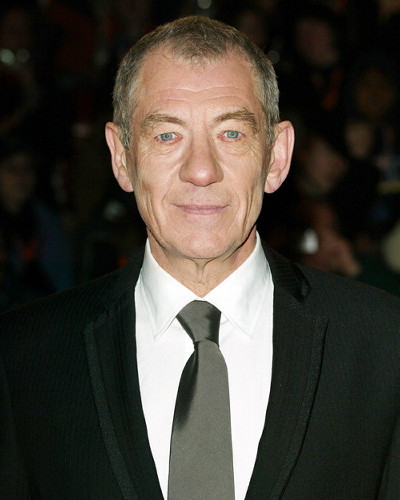 Sir Ian McKellen was one of the many celebs at the “Les Miz” 25th anniversary show on Sunday night at London’s O2 Arena.

Just finished with a stage production of “Waiting for Godot,” Sir Ian is now Waiting for Peter Jackson. He’s supposed to appear in Jackson’s “Hobbit” movie, and is hopeful that the lawyers involved will have papers for him to sign soon so he can reprise the pivotal role of Gandalf.

Sir Ian also told me that he’s never heard a word from anyone about the upcoming reboot of “X Men.” McKellen has played Magneto in the first three films.

Sir Ian was busting with pride about “Les Miz” and the fantastic 25th anniversary show put on Sunday night by Cameron Mackintosh. “And it’s British!” he declared. “Americans aren’t the only ones who can do musicals.”