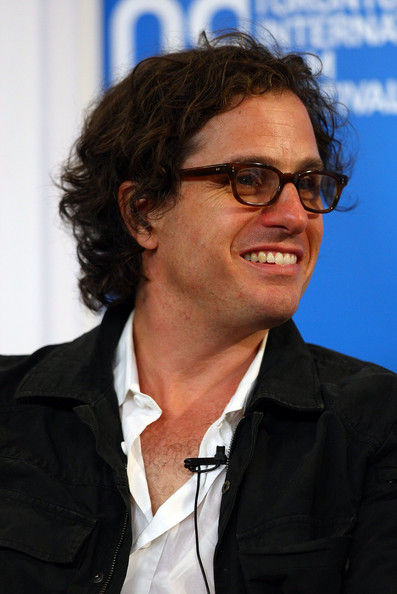 It’s a hot year for documentaries. I don’t envy the Oscar doc committee when they’ve already got “A Film Unfinished,” “The Tillman Story,” and now “Waiting for Superman” at the top of a long, long list.

S”uperman” — which we first saw last January in Sundance–opened last night with a swanky premiere at Lincoln Center’s Alice Tully Hall and then a buffet dinner at the ’21’ Club. Director Davis Guggenheim was introduced by New York City schools chancellor Joel Klein, and George Stephanopolous, who was battling a bad, bad cold. (His wife. good-natured Alexandra Wentworth, hung on for the rest of the evening and sent George home.)

Quite a night for heavy hitters from education and media, too. Tea Leoni was spotted in the audience. Matthew Modine was front and center. Writer-directors Jim Taylor (“Sideways”) and wife Tamara Jenkins (“The Savages”) showed off pictures of their eight month old daughter Mia. Well known doc makers Chris Hegedus and Alex Gibney chatted away at dinner with cinematographer Ellen Kuras and casting director Amanda Mackey.

Guggenheim, you could say, put on a big ‘shue’–his wife Elizabeth Shue was in attendance, along with her brother Andrew.

:Waiting for Superman” opens Friday and is not to be missed. Guggenheim already had experience studying first year teachers in 1999. In this pro-teacher (but certainly anti-teachers unions) saga, he manages to get close into what ails the public school system in America. Along the way he befriends five families, and trails them as they apply to let their kids–around age 7—for admission to charter schools. You’ll see how much luck has to do with anything. And Guggenheim’s talent is in choosing the right families. His subjects will affect everyone deeply.

Guggenheim’s team has gotten Bill Gates, the Ford Foundation and a bunch of other major foundations and groups involved with this film. http://www.waitingforsuperman.com/

And PS John Legend wrote a song for the closing credits. Add to that to your Oscar ballot, too.