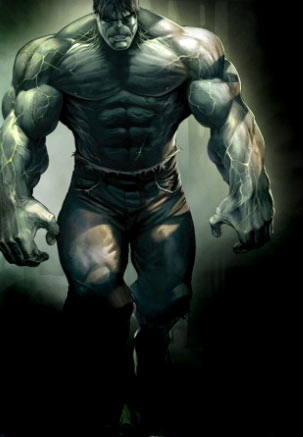 There’s a big hub bub going on in Marvel land.

The reason? Edward Norton has been dumped from “The Avengers” rather than reprise his role from the 2008 film “The Incredible Hulk.” Comic fans are going crazy trying to piece all this together. Norton’s reps say first Marvel was negotiating with them, then all of a sudden issued a not so nice explanation for their decision to skip it.

Norton is a smart, talented guy. But he really had a bad time with Marvel on “Hulk.” He spent hours and days rewriting Zak Penn‘s script. At the 2007 Comic Con, Norton bragged about writing the screenplay. But it was Penn who got the credit.

In the end, Norton had such a falling out with Marvel that he skipped the movie’s premiere and went off to some island to lick his wounds. He exited the promotional campaign without a contract to do sequels, although both Liv Tyler and director Louis Letterier each had them. That was two years ago. Since then two “Iron Man” movies have come and gone, but the “Hulk” has been in a sulk. And the film didn’t do so well: it made $135 million in the US and $128 million abroad.

Norton was an odd choice anyway. He’s a serious actor, and should be making films with Oscar written all over them. The next guy to play the Hulk has to be someone a little less heavy, so to speak.