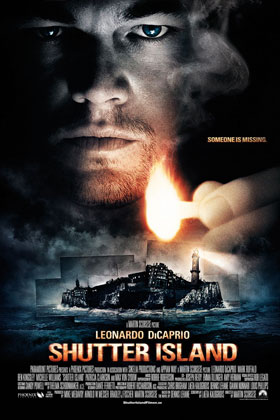 It’s an amazing story with a happy ending: Martin Scorsese is on track to have his biggest hit ever with “Shutter Island.”

The Hitchockian like saga should finish this weekend with $106 million in domestic box office receipts. Scorsese’s Oscar winning “The Departed” made a total of $132 million in the US.’ Right now, “Shutter Island” is Scorsese’s second biggest hit ever in his long and illustrious career.

Everyone scoffed when “Shutter Island” was held out by Paramount from its fall 2009 release. But now the decision seems very wise. Some of the reasoning for the wait was to give Leonardo DiCaprio a chance at a Best Actor nomination and win. For this past season, with Jeff Bridges in the lead and George Clooney very hot in “Up in the Air,” DiCaprio would have struggled. But now he’s got a clear path and an early start.

Ditto Scorsese and the movie. They will wind up in the Winner’s Circle next fall, most definitely.

And no, “Shutter Island” isn’t in 3D, and no one is blue. It’s just good old fashioned movie making, with strong characters, a good plot, and a twist that knocks the audience out.

Meanwhile, Tim Burton’s having his biggest hit in a long time. “Alice in Wonderland” is up to $165 million already, with no end in sight. Will it surpass Burton’s “Batman” from 1989, which finished its run at $251 million? We’ll see. I still think the best Tim Burton movies were the ones that made the least money: “Beetlejuice,” “Big Fish,” and “Edward Scissorhands.”