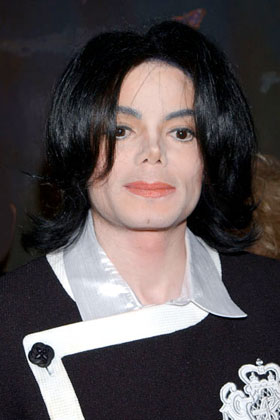 What better way to celebrate the first anniversary of Michael Jackson’s death than with an auction of his things!

Julien’s Auctions of West Hollywood has just announced a three day auction beginning on June 25th in Las Vegas. Most of the items, they say, are furniture that was commissioned for the house when Jackson was supposed to live outside London while doing his “This Is It” shows at the O2 Arena.

However, Jackson didn’t live long enough to sit on the couches and chairs. So Julien’s will recreate, they say, what might have been. Julien says the furniture was never paid for. Jackson ordered it over the phone. The furniture designer didn’t want to pursue getting its money back from the estate.

There are also 200 other items including gloves, jackets, shoes, outfits, etc that are supposedly from Michael ’s estate. The jury’s still out on that one. Julien’s says two charities will get a percentage of the take. The objects come from friends like Corey Feldman who’ve decided to cash out of trinkets Jackson gave to them over the years.

Last year around this time, Jackson fought a Julien’s auction of his memorabilia and belongings that was set up his erstwhile manager, Tohme R. Tohme. That auction was aborted. Mr. Tohme has not been heard from since last summer, after Jackson died. But a warehouse of Jackson objects was supposedly returned to the Jackson estate by Tohme after his death.

“Everything we have comes from legit sources and has been verified,” says Darren Julien.