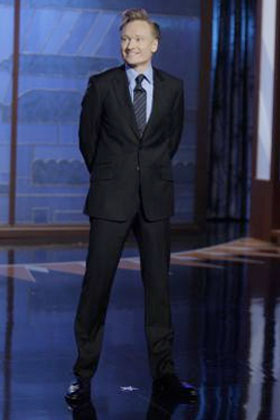 Conan O’Brien is hitting the road.

Sources tell me the great comic and talk show host will hit the road beginning in mid-April. The first stop will be on the West Coast, probably San Diego or Seattle. Details are being worked out now.

The tour will not start in Phoenix, despite a TMZ report today. Indeed, my sources say that the Phoenix date announced by TMZ was from overzealous promoter. “It might not even happen now,” my source says.

O’Brien will likely have sidekick Andy Richter with him on the dates. Plans are also being worked out now for a live band, hopefully with Max Weinberg. But that part is still being sorted out, says my source.

The national tour will of course eventually include Los Angeles, where Jay Leno is located, and O’Brien’s stomping grounds of New York. I’m also told right now that several promoters including AEG Live and Live Nation are involved.

More to come shortly … but talk about a hot ticket. This will be THE event of the spring, without a doubt …