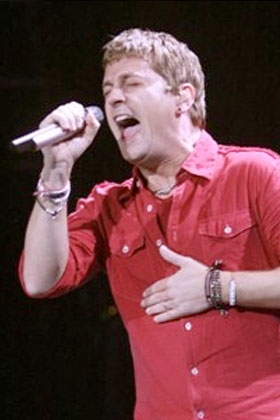 It’s been a terrific tour Down Under for Matchbox Twenty star Rob Thomas. He’s had sold out dates and lots of press and airplay.

But the other night, in a Melbourne hotel, his band really had a hit. A total stranger popped out of the woodwork and punched guitar player Frankie Romano in the face. For no reason. Is it really the wonderful land of Oz?

Thomas tells me: “He seemed weird, so we purposely weren’t engaging with him. Not one word said. He just stared into space for an hour and then punched him. F—-’ funny. Our guys grabbed him and held him for the cops. Gotta be careful out there. We all went back to our beers and laughed it off soon enough. Frankie’s got a little shiner. He’s a tough one. All is OK.”

And those are the vicissitudes of being rock stars on the road. The glamorous life!