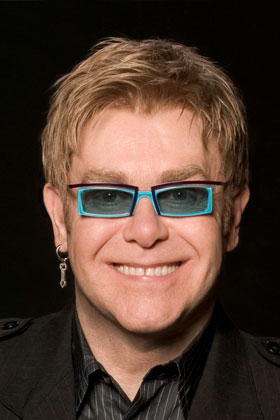 Elton John: In yesterday’s Parade magazine, he says Jesus was gay. That got the world’s attention, didn’t it?

His Parade interview is incredibly candid.

The actual quote is “I think Jesus was a compassionate, super-intelligent gay man who understood human problems. On the cross, he forgave the people who crucified him. Jesus wanted us to be loving and forgiving. I don’t know what makes people so cruel. Try being a gay woman in the Middle East — you’re as good as dead.”

Many times it’s hard for celebrities who we’ve grown up with to match reality. They usually come up short. Not so for Elton John. His run of hit albums from 1970 to 1978 ran parallel to my teen years. From “Your Song” to “Little Jeannie” Elton John was always part of my musical soundtrack. I loved “Levon” and his work with the Spinners on “Mama Can’t Buy You Love” and all of “Tumbleweed Connection,” “Madman Across the Water,” “Honky Chateau,” “Don’t Shoot Me I’m Only the Piano Player” and “Goodbye Yellow Brick Road.”

So what a wonderful surprise that Elton John in this part of my life has exceeded expectations. He was cheated out of a Tony Award for “Billy Elliott” on Broadway last year, but he’s never lost his enthusiasm. With partner David Furnish, as I told you recently, he’s producing a non-musical play now. And still they keep doing good works.

Elton is a rarity in show business. He speaks his mind and puts his money where his mouth is. He and Furnish are relentless in their fundraising for AIDS research. The Elton John AIDS Foundation has raised over $175 million. They also throw a terrific Academy Awards gala that generates more funds and interest in the cause. Elton almost always performs at the event, set up in the Pacific Design Center. There are always special guests, too. And plenty of musicians on the party list. I can’t wait to see who they’ve lined up for this year.