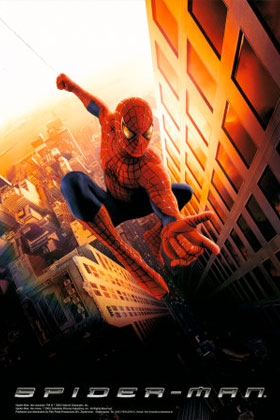 Just in case you were wondering: U2’s The Edge (aka Dave Evans) says the Broadway musical’ “Spider-Man: Turn Off The Dark” is on.

The $45 million musical has been in limbo for a while as new financing was found to replace old.

But Edge says a meeting took place yesterday with all the principals, including director Julie Taymor. New producer Michael Cohl is getting everything in place. The wheels are turning.

Says Edge: “It will open before the end of the year.”

Unlike many naysayers, we want to see Spider-Man spin his web on Broadway. We also want to hear that U2 score. “The music is just about finished, too,” Edge says.

...Julian Schnabel is trimmed down, but still sporting PJs. He brought Rula Jabreal, author of the book “Miral,” and her daughter with him, both visiting from Jerusalem. Schnabel’s just now finishing his film of “Miral,” starring “Slumdog Millionaire’s” Freida Pinto as the title character. You think Freida Pinto is a beauty? Wait until everyone meets Rula Jabreal! Whichever film company releases “Miral” will have publicity opportunities galore. P.S. Schnabel says it’s his best movie yet. After “The Diving Bell and the Butterfly” and “Before Night Falls,” that’s saying a lot…

…People to look for on the grounds of the insane asylum in “Shutter Island”: the great actress Jill Larson, a longtime player on “All My Children,” raises her finger to her lips in the opening scene and creates an indelible image. She’s so good she’s featured in the commercial. She is also completely altered from the glamorous soap character she plays…Also look for “All My Children” alum Matthew Cowles as the Ferry Boat Captain. Famously known as Billy Clyde Tuggle on”AMC,” Cowles is the real life husband of Christine Baranski…And Craig “Radio Man” Schwartz, a long time fixture in NY and LA and a favorite of Whoopi Goldberg, George Clooney and Robin Williams–he’s clean shaven and starkly memorable as a mental patient. This is not typecasting…