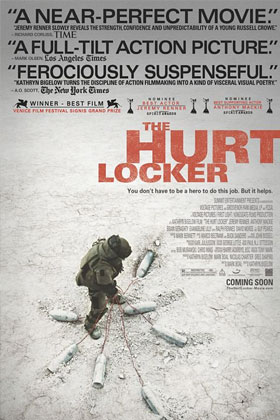 Harrison Ford, Keanu Reeves, Robert Duvall, Charlize Theron – all were some of the hosts at a star studded gathering at Phillippe Chow restaurant. My spies say it was like an Oscar party.

Why not? “The Hurt Locker” has the DGA, the PGA and Cinematographers awards. It’s headed to a best picture win on March 7 inevitably with director Kathryn Bigelow reaping a big prize, too.

And wow, come on. When we saw “The Hurt Locker” at the Toronto Film Festival in September 2008 ‘ 2008!! ‘ it had no distributor. There was almost no money to promote it. What a great Hollywood Cinderella story!

Bigelow was the sterling star of the night, with the movie’s co-star, Oscar nominated Jeremy Renner present, too. (Anthony Mackie’s in NY about to open on Broadway.)

And what a gang: everyone from legends like Angie Dickinson, Martin Landau.’Paul Mazursky, and Lou Gossett to Guy Pearce ‘ who’s seen briefly in the film ‘ as well as Brian Geraghty, and Bill Paxton, Rebecca deMornay, Angela Bassett and Courtney B. Vance, Ray Liotta, Frances Fisher, the omnipresent Jon Voight, and the Summit Pictures crowd: Rob Friedman and’Erik Feig.