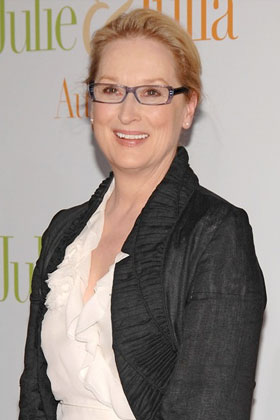 When he was alive, John Gielgud was considered one of the very, very best actors in the world.

So who would play the part of Hobson, the title character’s valet, in a remake of Gielgud’s most famous American film, “Arthur”? Why, Meryl Streep, of course.

The word from inside the remake, which stars Russell Brand as the title character, is that everyone is desperate for Meryl to take the role. As of two weeks ago I knew about this, but insiders said Streep hasn’t even been told of the offer. By now, presumably, she has.

A new script for the updated Arthur is being written by Peter Baynham (he writes for Sacha Baron Cohen) based on the characters invented by the late Steve Gordon. It’s not clear yet who would direct.

And who would play Arthur’s girlfriend, the part filled by Liza Minnelli so famously? “I’d just go back to Liza,” Russell Brand said jovially when I asked him recently. “There’s no one like her.” But something tells me Lady Gaga could be ready for her first movie, dontcha think?

By the way, Gielgud was older than Streep by 20 years when he played Arthur. She may deem herself too young. Better choices might be Maggie Smith or Judi Dench. Just sayin’ …