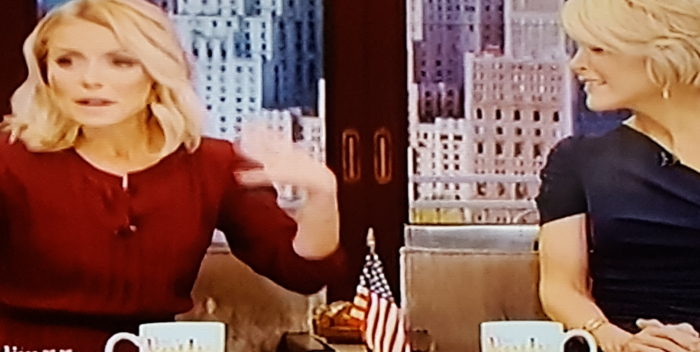 Some morning news. Fox News’s Megyn Kelley is on “Live with Kelly” right now. In the first 30 minutes there’s no been mention that she works at Fox News. Kelley is trying to jump — for millions of bucks — to CNN, the network that really aided Donald Trump far more than Fox News.

And Mick Jagger is joking on Twitter about singing “You Can’t Get Always Get What You Want” at the Inauguration. That will be an Inauguration marked by performances by Ted Nugent and country singers. Good time to book a vacation.

Just was watching the news… maybe they'll ask me to sing 'You Can't Always Get What You Want' at the inauguration, ha!