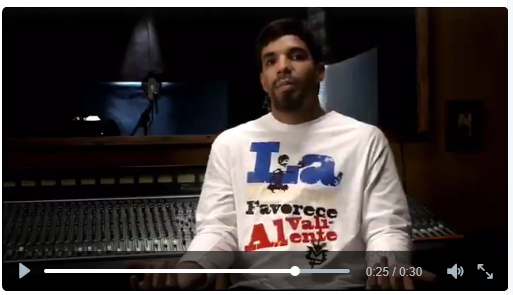 The strains among the leaders of hip hop and R&B show more and more each day as artists have to choose between Jay Z’s Tidal and other services.

Drake has just announced a new album called “Views from the 6” for April 29th. It’s his first official album for Republic Records in almost three years, although he’s down two unofficial ones and the big hit “Hotline Bling” since then.

Drake’s newest single features Jay Z and Kanye West as “The Throne.” But that doesn’t mean Drake is putting his album on Tidal. “Views from the 6” will be an AppleMusic exclusive. Drake and his manager Adel H. Nur (who DJs as FuturethePrince) have had issues with Tidal before over streaming of live shows etc.

Drake (real name Aubrey Drake Graham) has a couple of singles out right now, but neither of them has lived up to “Hotline Bling.” Written on the foundation of Timmy Thomas’s 1973 hit “Why Can’t We Live Together,” “Hotline Bling” will be the song that defines Drake for the rest of his career.