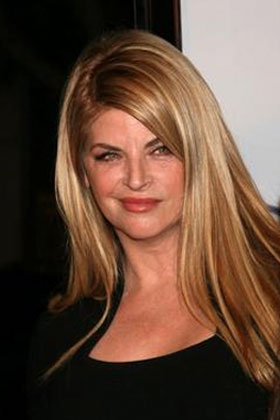 Kirstie Alley got some stuff wrong this morning when spoke to Meredith Vieira on NBC’s beloved “Today Show” in response to our report on her Organic Liaison diet company.

Again: Facts are facts, Kirstie. Two of your board members are Scientologists. One of them runs a Scientology-centric company. The address of your company in Clearwater, Fla., is the same as the the World Institute of Scientology, not your accountant.

And then there’s the accountant. On “Today,” Alley called Saul Lipson a “Scientology Jew,” and looked for a laugh. It verged on being anti-Semitic. She said her address in Clearwater was the same as Lipson’s. This is wrong, Lipson’s address is not in Clearwater, but Coral Springs, Fla.

Furthermore: Alley’s “Scientology Jew,” Mr. Lipson, is firmly a Scientologist. According to the website TruthAboutScientology.com, Lipson rose to the ranks of Operating Thetan 5 on June 1, 2004. It’s a 50-hour course and is described as “dangerous” by critics. OT is the highest level of Scientology, and defined in church dogma as: “The OT would be able to ‘control or operate thought, life, matter, energy, space and time,’ whether he has a body or not.”

Lipson, presumably, has a body, since he also has voicemail. He did not return a call to his office. Here is a link to Lipson’s personal Scientology site.

Here is Saul Lipson’s favorite quote, taken from the website: “Life is a game. A game consists of freedom, barriers and purposes.” — L. Ron Hubbard

One last thing: NBC Universal is a 25% owner of A&E, the network which is now showing Alley’s latest series about being fat and promoting Organic Liaison. Vieira ended her 12-minute segment with these words: “Kirstie Alley, we love ya.”